Social rights and safety is something everyone should be born with regarding different aspects of our daily life such as clean/safe drinking water, housing, public safety and cultural preservation. Nevertheless, in some countries around the world, mostly third world countries, this is not the case. On the other hand, in first world countries such as the USA it is easier to acquire this social rights and safety but their still poverty and places around the country that has yet to evolve and industrialize in order to give the people a better and safer life style.

PROBLEM: One of the major topics discussed around the world, specially in places like Africa, is the clean/safe drinking water. People around the world die every day from not having clean/safe water. This should be a right, there should be a drinking fountain in every corner since it is our primordial source of survivor and water should be treated for free for everyone. People pay taxes and we get streets, hospitals, health, infrastructure but what about water? People require from 20 to 50 liters of clean water a day for drinking, cooking, and simply keeping themselves clean but 2-4 liters a day just to stay hydrated. In an article from the global health and education they state the following 1“Polluted water isn’t just dirty—it’s deadly. Some 1.8 million people die every year of diarrheal diseases like cholera. Tens of millions of others are seriously sickened by a host of water-related ailments—many of which are easily preventable.” So, why isn’t this a priority instead of developing new cities and using a lot of money for new projects when we do not live in a world of stability. Not only is water a problem, but most of this people also leave on the street. 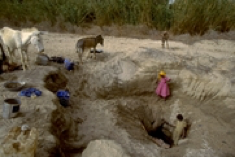 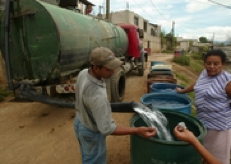 SOLUTION: A way to diminish the dirty water or the lack of water around the world could be improved with 2 simple design solutions. The first solution is a straw water filter. The solution would be to have this in mass production and send it to places where is needed. 1 filter could be used for one entire family and it can be shared. The second design solution would be air H2O convertors. It requires a bigger investment but nowadays we have the technology to make water form air. If “money” was not a problem because everything costs something, this should be industrialized to help the lack of water around the world. 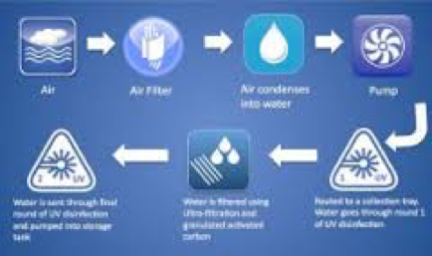 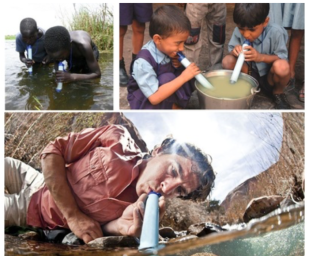 PROBLEM: Housing is the second most important thing after water and nutrition. It should be something we are born with. In the United States, the bank system allows people to buy houses and owners pay the mortgage over the next 30 years. Some people can’t allow that and the have to rent for their entire lifes. If you do not have a stable job, you probably have trouble with housing. According to The Big Picture, there are over 100 million homeless people in the world and over 1.6 billion people who have trouble with housing (Do not own a home and is moving from one place to another) since 2005. Again, same principle as before, why isn’t this a priority. Instead of planning on ways to make money, everyone should have a home. Even if it’s a cubicle, it is better than the street. But government’s around the world are corrupt and most of the time think about their own benefits instead of the people and just because they help a little they think they are “safe” from it. More should be done. If there was no “money” in the world, people would focus more in helping others than trying to fill their own pockets. Because of “money” the world is not a safe place.

SOLUTION: Due to modern advances, housing can be solve through modern architecture and design. There are so many multiuses furniture that you can have a 15 meters squared apartment with everything you need. The bed lifts up into the wall and it becomes a closet, the kitchen closes and becomes a dining table, the shower becomes the sink and like this there are so many different ideas. If they designed a building with rooms that are 10 feet by 10 feet, in a 40 floor building, you can fit 400 mini apartments. In mass production, it becomes cheap. The other idea would be to just make rooms which would require 6 by 6 feet rooms and have a dinning floor and a bathroom floor shared. This way, the amount of water, food and needs of the homeless are more controlled and you can fit in a 40 floor building 800 rooms or more. In mass production is not that expensive and you can start this way to help people and have classes to instruct homeless on possible jobs. Once they get a job, they will be able to rent a place. The design process would be about the architecture and furniture to make it comfortable but at the same time fit as many people as you can. 800 rooms can feet at least 1600 people.

PROBLEM: Public safety is not a joke. It doesn’t matter where you live, weather it’s a fancy area or a pour area, a third world country or a first, there are robbery’s everywhere because people only think for themselves and because they think they need more. Public education is so bad around the world that no one is qualified or has the knowledge for a steady job. This makes poverty grow, therefore, it is unsafe because people need money. If you grow without money, it is like been at war all the time, fighting for your survival. Therefore, any measure is justified as long as you survive. So first hand assault, or robberies are “ok” because they need money to survive and because of this, people are dying on the streets. If governments would have a better public education, better health insurance, more public hospitals, and just focus more on what’s needed than wanted, and not have to justify everything with “but, how much is that going to cost?” the world would be a much better place to live. 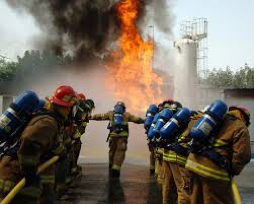 SOLUTION: A Solution for public safety can be used with a simple alarm device. If they would be free, people can carry them around and if you get mugged, you press this alarm and you get instant help. Not only would you get help, but the spot would be marked by you alarm, sighting on a map every single place that a robbery has occurred. This would make people aware of the areas they should not go or where to be alert. Another solution could be drones. Military drones with cameras and AI that fly around town filming everything and that are alerted when someone screams or spots a crowd doing disturbance. This would alert the police and the screen would pop up in the surveillance room and the drones could have Taser guns so that the person that is controlling the drone can shoot the robber and he would be knocked out until the police arrives.

View all posts by sharmsenw

This is a text widget, which allows you to add text or HTML to your sidebar. You can use them to display text, links, images, HTML, or a combination of these. Edit them in the Widget section of the Customizer.
Loading Comments...
%d bloggers like this: